A vactrol is a combination of two elements:

Those two components are put together in a way that the light of the LED shines on the photosensitive surface of the LDR. Effectively this results in a resistor whose value can be changed through a voltage. There are other similar pairings like this (optotransistors, ...) that are grouped under the term optocouplers. 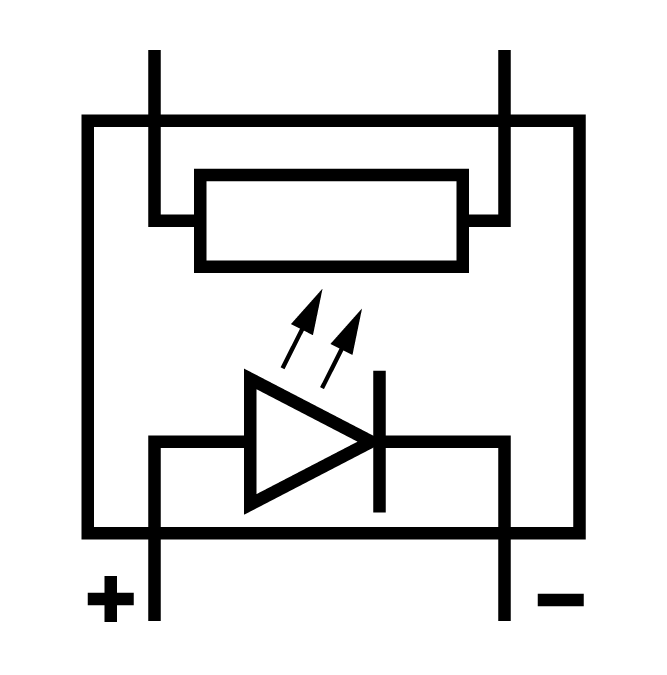 As you can see a vactrol has four legs (there are exceptions with five however), with two acting just like a simple LED and two acting like a resistor. This means just like with a LED you have to make sure that you put a proper resistor in front of it (this depends on the forward voltage of the LED and the current you want to drive it with). Like every diode LEDs will only allow current to flow in one direction and that is why polarity matters. Typically the longer Leg is positive (+) while the shorter leg is negative (-).

Why are vactrols cool?

Vactrols allow us to control a resistance with a voltage fairly easily. So if we build for example a simple RC-Lowpass-Filter like this: 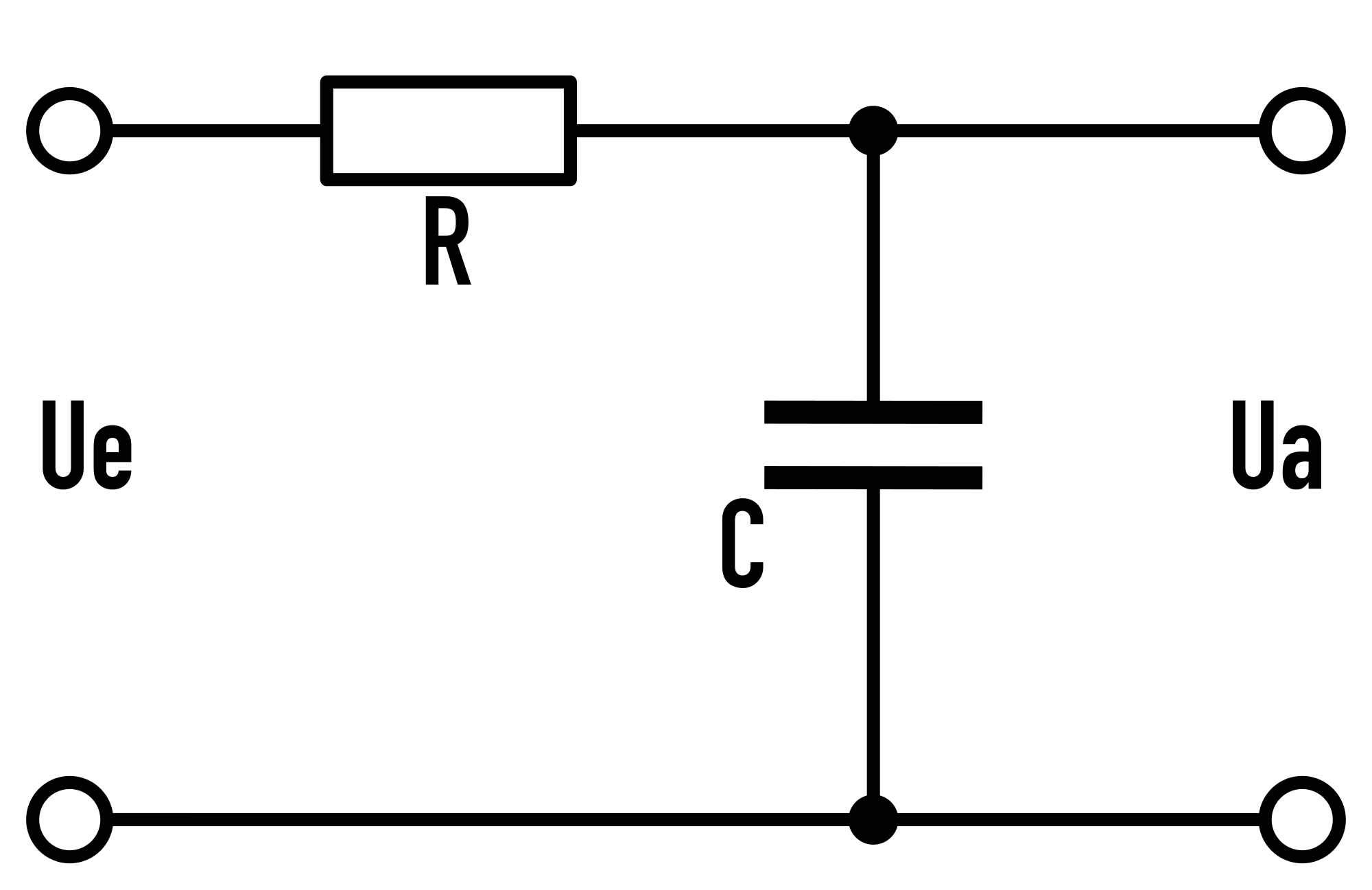 we could easily replace the Resistor R with a vactrol – this would result in a lowpass filter whose Cutoff Frequency could be set with an external voltage. One could use a control signal or a simple voltage divider (potentiometer) or both at the same time! And this method can be applied to nearly every circuit that uses resistance as some sort of variable. You could also take an old toy piano and strategically replace resistors with vactrols to allow circuitbending with a modular.

Vactrols are not fast. This means if you want to change the LDR's resistance at a high speed the resistance will not change instantly but will rise with a certain rate, and once the LED is switched off it will fall with a certain (slightly slower) rate. While this can be a problem for fast switching signal stuff, it can be quite useful for musical purposes, because the resulting sound can be quite musical. A famous use of vactrols is in so called Low Pass Gates (LPG) – a combination of a Lowpass filter and a Gate/VCA. If you trigger the Vactrol with a short pulse and it is the right vactrol with the right time response, the input sound gets its timbre changed in way similar to that of a bongo drum (example: youtube: buchla bongos on acid).

What types of vactrols are there?

Typically vactrols are quite expensive, that is why building them yourself is probably a good idea. The classical vactrol used in most older synthesizers come from the VTL5C series with a price per piece between 6 and 15 Euros, you could get them for example at Thonk.co.uk. A cheaper alternative is the NSL32 (see datasheet) costing between 2,70 and 3,10 Euros a piece.

LEDs are cheap and if you are lucky you can get a bag of 100 LDRs for 7 Euros. If there were a way to find the right combination of LED and LDR, glue them together and seal them off from outside light, things would actually be a lot cheaper for everyone.

There is a infinite sea of LEDs while the choice in LDRs is actually more limited. That means we should start looking for the right LDR.

The LDR time response times I found were quite similar throughout als Series (GL55, GL125, GL120, etc.). The values were typically 20-30ms rise, and 20-30ms fall. Other than that the series only differ in size and power rating.

Within the series the different types differ strongly in range though:

This has to be choosen depending on the application. For most audio stuff GL5516 and GL5528 should be fine.

Because the whole GL55 Serias has its spectral peak at 540nm (green) and the LDRs have a diameter of 5mm it would be advisible to use 5mm green LEDs. Because ultimately LDR and LED could (and maybe should) be epoxied together, it would be ideal to have a cylindrical LED (with a flat top) rather than the typical round ones. One could still probably use standard ones and sand them down so they are flat.

Once glued together one should isolate outside light from entering the fixture. There are different ways to do this. One could use one or more black heat shrink tubes (which have the problem of letting light in at the front) or dip the fixture into black liquid plastic. 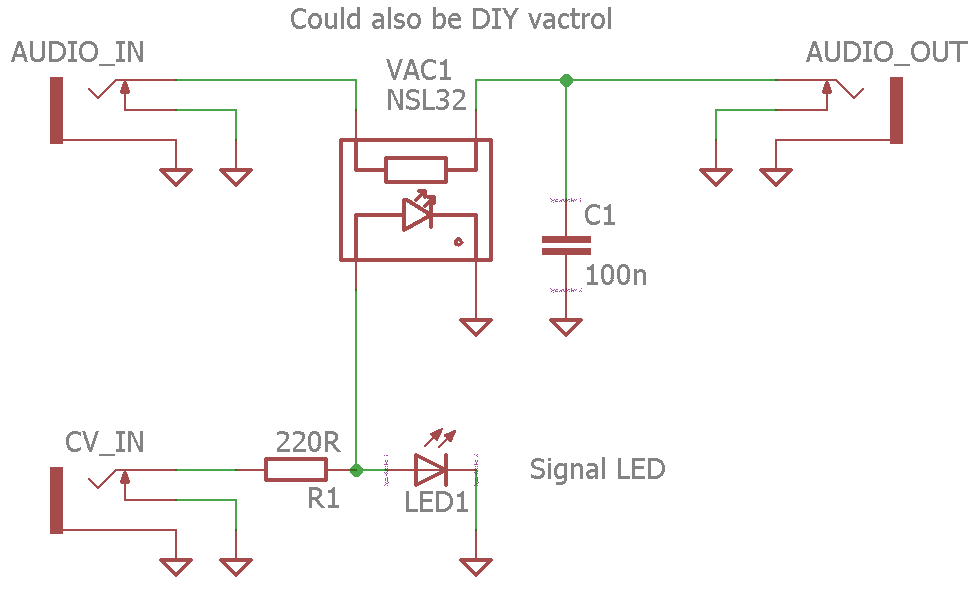 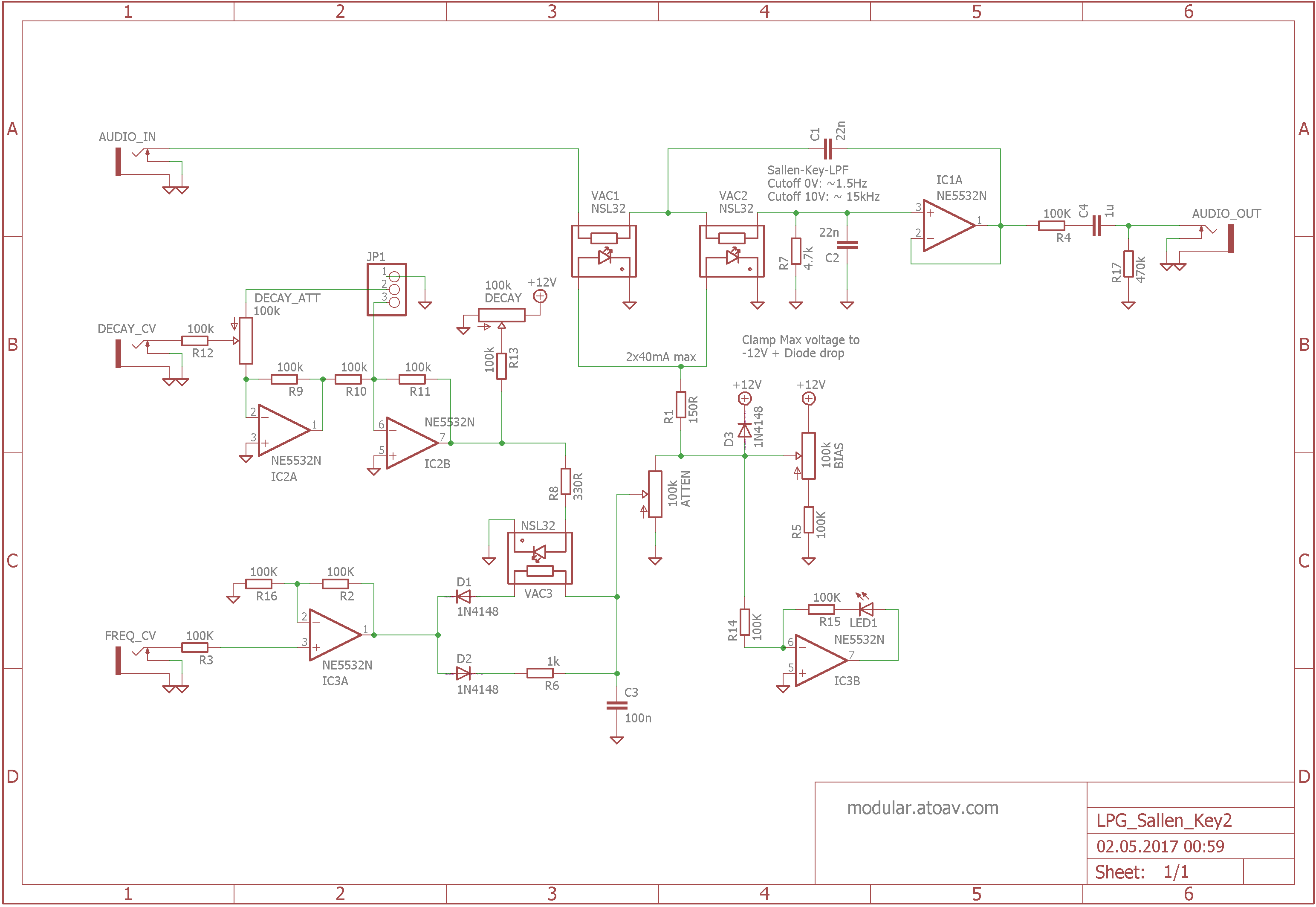